At the start of this year Selection Massale became the national importer for Empirical Spirits. We're excited to celebrate this amazing spirit and new partnership. Please join us for a tasting of all our available Empirical Spirits at HR Records. The question we get constantly is, "but what does it taste like?" Come find out.

There will be Empirical Spirits, chilitos, amazing music, and plenty of La Boutanche.
It's a party.

Seeing is believing. I know it sounds trite, but there really isn’t any other way to describe our first visit to Empirical Spirits’ distillery in a warehouse on an island in Copenhagen. Sure, we had seen them once or twice here in NY, where they had been introduced to us by our good friend Sam Anderson. But everything we were hearing about the process and tasting in the glass was so abstract, so surreal, that it was difficult to make sense of it all. “What is a koji room? You do what with habaneros and habanero vinegar? Why would they make a distillate out of Doritos?”

We were interested, deeply, but we needed context. We needed to meet these people in this place doing insane-sounding things on a crazy hand-built vacuum still and bottling them for sale — very successfully I might add — all over Europe. Our tickets were booked within the month, simple as that.

We arrived in Copenhagen after three weeks on the road all over Portugal, France, and Germany, and it was grey, cold, and rainy the entirety of the two days we were there. I had gotten sick on the flight in, and was slightly delirious on the Danish generic version of DayQuil, but they had planned a day for us, starting with a 9am foraging excursion with Zenia, a local foraging legend, in the forest outside of the city. We were looking for certain mushrooms, which Lars — one of Empirical’s founders, distiller, and former head of The Nordic Food Lab at Noma — had requested, but we didn’t have any luck finding them.

Next was a stop at the spice merchant who supplies them with many of the exotic ingredients for their experimental batches, followed by what we had been waiting for all day: a visit to the distillery, which was under construction at the time. It was a flurry of activity. The still was running, with giant icicles coming off of the top. We stepped into the koji room, we tasted the Doritos spirit (it was just a hilarious experiment; it tasted just like Doritos), and we met the team, all of them incredibly smart, eager, and excited to share their creation, whatever it was. 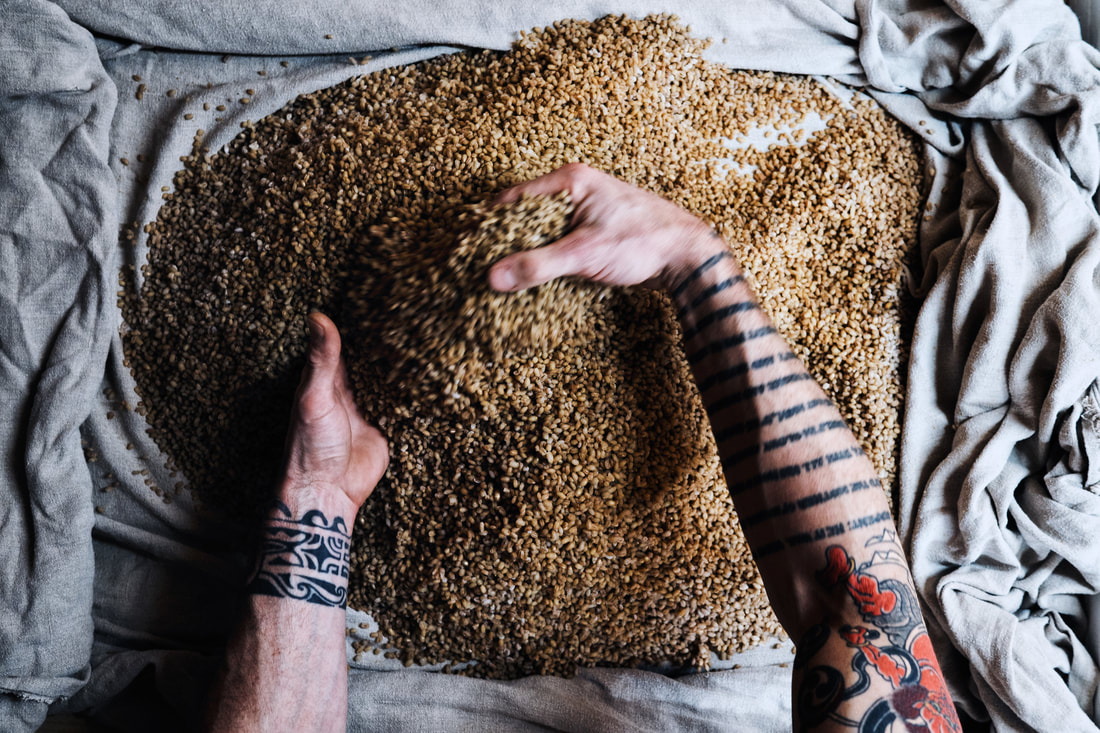 Everything changed when we brought a glass of the aforementioned habanero distillate to our noses in the midst of it all. It was as if someone had flipped a switch in our minds, rendering any preconceptions null and at the same time bringing up that slightly uncomfortable, yet thrilling feeling of being in the midst of a group of people truly thriving for greatness. Of being in a group that, seemingly effortlessly, is changing your worldview on spirits. This was it — all of a sudden it seemed so obvious. All of the conversations had throughout the day, all of the ingredients, the time and research put into each product, all of the distiller’s philosophy and background; this was the ultimate piece of the puzzle, all there in a 2oz pour. Not to mention we had also just tasted Helena, probably the most profound neutral spirit we have come across.

This was that visceral moment, that connection, we had been craving. Where you’ve finally found what you’re looking for and everything else fades away for a split second. The amount of energy and seriousness behind this never-ending exploration of flavor was palpable, as was it obvious that they were on to something big. Spirits, to me, are one of the most thought-provoking vehicles for an ongoing conversation about where flavors come from, and where we can take them, while also creating something that is inherently enjoyable. What else, really, could we ask for?
After leaving we walked for a few minutes among the warehouses and marshes on the island, silently digesting everything we had seen, heard, touched, and tasted, before what may have been the shortest conversation about deciding to work with someone we’ve ever had.

“This is the real deal.”

The spirits world is constantly changing and we’re incredibly excited to be working with some of those who are at the forefront of it all. Welcome to the family, Empirical.