Home / Journal / California (Chenin) Dreamin' by Meri Lugo
You know that inane expression, “California is a state of mind?” I hate to say it, but it’s kind of true.
California is an enormous place with a history so rich and complicated and fraught. Even if you’ve never visited or lived there, you probably have an opinion about it. It’s an idea, a dream, and definitely a cliché. But it’s also home to millions of people, many of whom live in small suburban and rural towns that comprise the soul of the state.

A lot of these places look the same: sun-bleached towns with the schizophrenic mix of Gold Rush-era Victorian houses and Walmart fulfillment centers. They punctuate the contrived emerald patchwork of industrialized farms, miles of irrigation, and endless interstate highways that crisscross the state.
It was one of those dusty little nowheres that my own father’s father settled after traveling as a migrant worker around the American South and industrial upper Midwest. It’s where my mother, reared on East Coast winters and stoicism, fled when she was only 18. It’s where I was born and raised, and where I haven’t been able to return to for exactly 401 days due to COVID.
Winemaker Craig Haarmeyer and his family are also native Northern Californians. They've lived in the Sacramento area for three generations. Craig is making wine specifically of that place, from the sunshine and dry heat and chilly summer nights to drought years and the hands that pick the fruit—wine that tastes otherworldly yet familiar.
*
After spending my college years drinking flavor bombs like Ravenswood Old Vine Zin and mid 2000-era IPAs (read: IBUs galore), I moved across the country, fell into restaurant work, and turned my nose up at New World wine. In the rush of new experiences and places, I fell in love with stony, tropical Germanic varieties and the layered, plush sensation of a Chenin Blanc picked at peak ripeness and then fermented dry.
*
As luck would have it, Craig, like everyone at the shop, is a Chenin nerd. But Chenin is challenging to grow in California, to say the least. Climate challenges aside, finding little pockets of Chenin vines in a sea of industrialized Cab and Chardonnay is no easy task. And yet with his Chenins, he manages to evoke some of the greatest Chenin in the world (Loire is Queen), while still staying true to his corner of the world.
*
At the moment, my favorite rendering of Chenin is the St. Rey ‘En Foudre,’ from Yolo County. The grapes come from Merritt Island (a somewhat misleading term—- the 5,000 acre area is surrounded by shallow, muddy sloughs and the Sacramento River.) He makes the wine old school: foot trodden, in a basket press. ‘En Foudre’ smells like caramelized spiced pear, evocative of Domaine le Briseau’s Patapon Blanc -- rich but not heavy, and the plush fruit on the nose gives way to something zesty and tart. It's a study in complimentary contrast.
Craig’s wines resonate because they show me something new about grape varieties that I love and thought I knew backwards and forwards. In a twist of poignant fate, he does it by way of a place I left behind, after I thought it had nothing more to teach me.
*
Craig’s Riesling comes from the Wirz vineyard. It's right on the San Andreas fault, south of Yolo County and closer to the sea, inland from Monterey and Salinas (it gets a bit of the cool seaside air, but not a ton). It’s named for the Wirz family, who lovingly tended these Riesling grapes for the past 45 years, after they were originally planted by corporate behemoth Almaden in the 1960s. The yields are insanely low.
*
Upon first whiff, the ‘Wirz’ smacks of petrol, a classic hallmark of some of the best Mosel Riesling, but with a dash of sunny smokiness. The palate is broad and curvy and tangy. It reminded me of dried pineapple and candied lime and forgotten backyard lemon trees. It tasted like Riesling, and but from California. It tasted like coming home.
*
-Meri Lugo (aka Domestique's Director of Operations and Chief High-Acid White Lover) 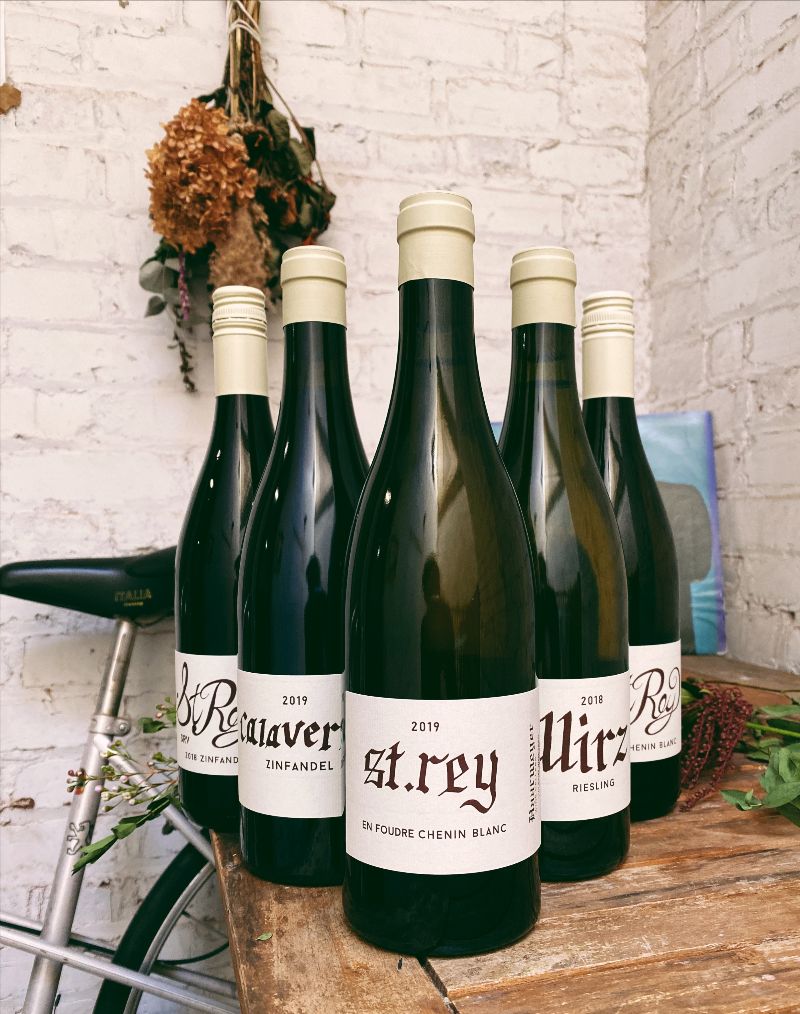