Home / Journal / Marnes Blanches
Marnes Blanches
Writing a newsletter about Marnes Blanches (Pauline and Géraud Fromont) is the easiest and hardest thing to do. Easy, because they're based in the Jura and, unlike some lesser known wine regions (Auvergne or Baden), there's an abundance of blogs, websites, and books that tell the story of the region. Typically, when looking for information on producers as small as Pauline and Géraud or a region that makes up 0.2% of all wine production in France, you really have to dig. Not the case here. Wink Lorch published one of the most delightful reads in wine and breaks down everything you need to know about the region (for a grain of salt read this). So, rather than regurgitate all the info on the internet, we want to focus a little deeper on their story and why we love them. This is where the hard part comes in: how to put into words just how special Pauline, Géraud, and their wines really are.
*
Pauline and Géraud are both from the Jura and come from families who have always worked around vines and agriculture. They met in viticultural school and started the estate in 2006, when they were just 25 years old. Fast forward 15 years: they now manage around 12 hectares in Sud Revermont (the Southernmost part of the Jura, where their neighbors are Ganevat and Labet) in the villages of Cesancey, Sainte-Agnès, and Vincelles. The estate takes its name from the white marl soils, but sites also include red marl, limestone, and gryphées (seashell fossils). They make reds, whites (primarily non-oxidative), sparkling, vin jaune, and vin de paille. Farming organically since the beginning, they are focused on hyper-specific Jura wines with each parcel being vinified separately (fermented in stainless steel and aged in used barrels).
*
The Jura, though small, is a region with countless amazing (and often impossible to find) producers and Pauline and Géraud still stand out within this category. The region is slowly changing, and the fact that winemakers like these two remain is a testament to their commitment and loyalty to the area. The Jura, which has been idolized for the past two decades now, is seeing a subtle decline in generational estates and, for the first time, individuals from outside the region have the opportunity to lease and purchase vineyards. And yet the Fromonts are not yielding to this pressure: they're planting more (in 2012, they planted another site of Savagnin that just last year they saw yields from in their Aux Bois bottling). Currently, they're working with vines up to 80 years old; investments like new plantings are serious reflections of their faith in their region and future generations. Their wines are intended to be a clean and clear representation of place. And we think they do it pretty damn well.
***
DISCLAIMER: These wines sell out almost immediately and we limit the number of wines per customer (for now). When the shop first opened three years ago, we had an entire wall full of them; unnamed staffers drank more than they should have and a lot of Eckington moms liked MB without knowing why. It was a fun surprise to have customers come back with photos of that “yummy red” looking for more, or comment on how they preferred that "black and white label white" to their last bottle. It validated our everlasting belief that you don’t have to know the “correct” way to describe a wine to identify something that is great. We want to talk about these wines with lots of people and that's why we did a mailer, not to hype the already swollen Jura wine muscle. These are beautiful wines that stand out whether you know where Arbois is or not. 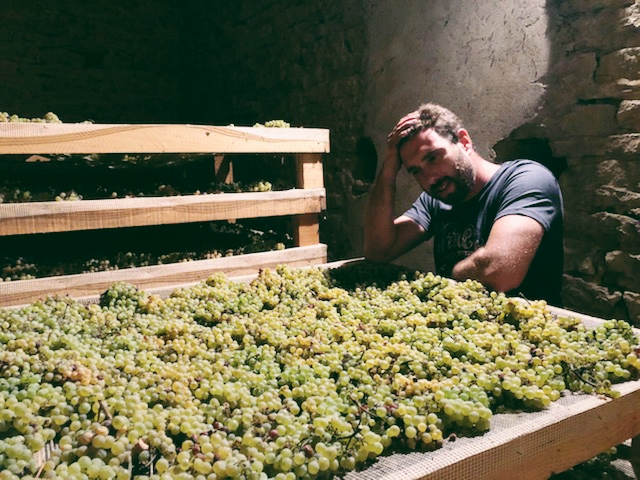 Imported By
Q & A with Tim Gagnon (Partner, Selection Massale)

When did you first visit Pauline & Géraud? Have you been back? I first visited them in 2015 with Guilhaume. It was my first time in the Jura and I absolutely loved these wines (still do), so I was very excited. That's where that first Chambers email comes from. Since then, we try to go back at least once a year to check in, especially since they have such a wide range of different wines and we don't always get to taste every wine as they're so allocated here in the US. I still think they make some of the most compelling wines in the region.

What were your first impressions of the region and what do you think now after several years? Before visiting, I thought the area seemed rather pastoral and had a tight knit community of winemakers, especially since at the time the wines were still fairly culty. Visiting for the first time pretty much just confirmed this. Lots of rolling hills with cattle, almost like upstate NY actually, and you'd go to Bistrot Des Claquets or the Tournelle's wine bar and basically see everybody. Many vignerons even have little stalls in downtown Arbois to purchase wine from, and not just the bigger commercial names. I think it's still very much the same, though the area has fully come into its own as a destination, which always has its ups and downs associated with that.

From a broader perspective, what is happening in the region & how does MB fit into that story? Now that the spotlight has been on the area for a good while, there do seem to be some pretty enormous shifts underway. Obviously the wines have gotten very expensive due to this, as well as the continued pressure on yields from mother nature. Not that they were ever entry-level/cheap wines, but to think that even five years ago you could buy these wines for around $30 on the shelf, and now you see cuvees popping up that are $60+ and still being snapped up. The other thing that we're seeing is people selling their properties to outsiders who see them as niche additions to their holdings. The first one was when Marquis d'Angerville bought Domaine du Pélican. We've also heard that secret  may have sold his domaine (local news/gossip since he's right down the street from MB) but that seems to be pretty under wraps. This happens for multiple reasons: not having kids to take over the estate when retiring, moving from the area, or just getting offered a deal that's too good to pass on. Whatever it is, I hope it doesn't alter the region too much. Marnes Blanches to me seems to be really cementing their reputation in the region for making some of the cleanest natural wines and they're the hometown success story, being born and raised there. They're also young, dedicated, and ambitious, which I think makes a very good case for them helping to shape the future of winemaking there in years to come.

Has anything changed in the way you approach, drink, or sell their wines as they become more allocated? Nothing much has changed except it gets hard to keep up with demand. To me they're still some of the most exciting wines we bring in. I savor every bottle I can get my hands on. 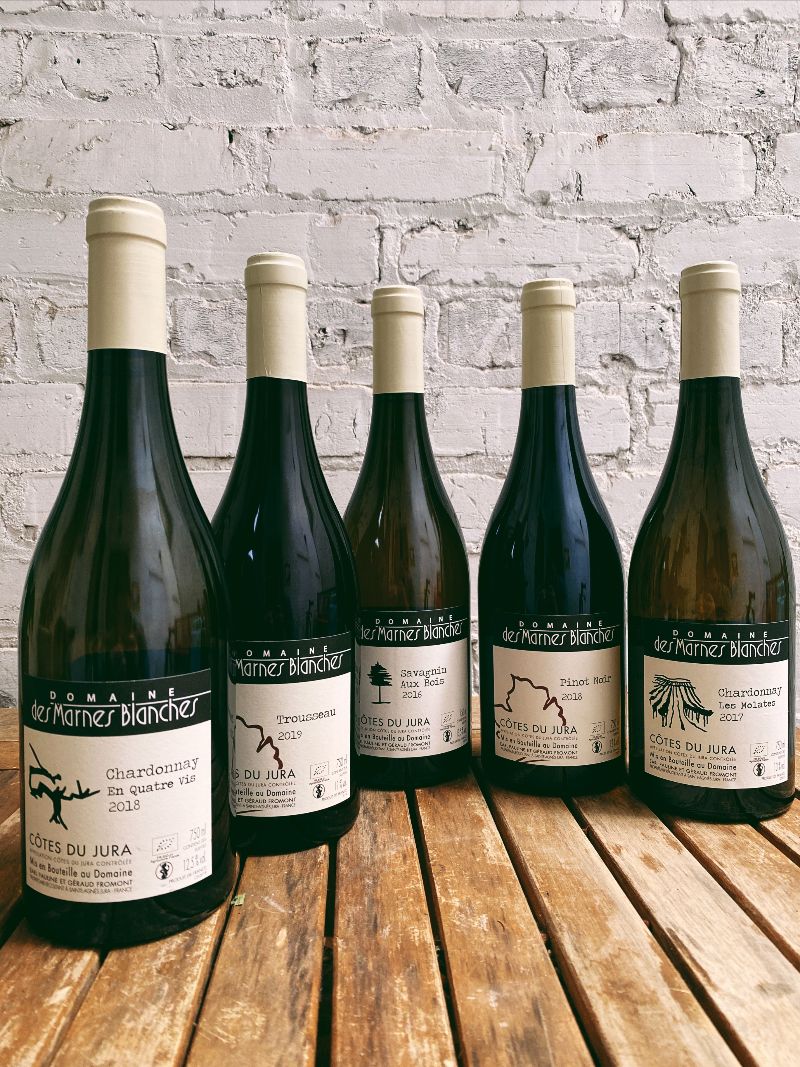 Marnes Blanches Bonanza
We have back vintage, large format, negoce, and one-off cuvees from both the current release and over three years of collecting and diligently cellaring. It even makes our heads a bit dizzy with excitement. Here are some of the highlights: